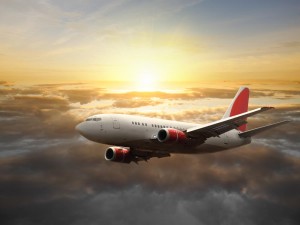 The city of Seattle is not only the largest city in the Pacific northwest region, but is also the largest city on the coast north of San Francisco. Home to a metro population of well over 3 million, it has been a part of history for thousands of years. First inhabited by Native tribes, it was not until the 1800’s that the first European settlers arrived. Upon their arrival, they immediately realized the value of the are including the lumber. The gateway to Alaska during the Gold Rush, the city continued to thrive and by the 1910’s, this city was one of the largest in the country. Despite some ups and downs in its past, Seattle has continued to thrive and today, is one of the hottest cities for travel in the U.S. Beautiful and diverse, there are hundreds of amazing things to see and do including the following popular attractions.

Pike Place Market – often called the “Soul of Seattle”, this once small market which began with only a few farmers in the year 1907, today includes more than 200 businesses over 100 farmers and hundreds more craft and art people as well. Visited by over 10 million people annually, this is certainly a can’t miss destination in Seattle.

Woodland Park Zoo – containing the largest live animal collection in the state of Washington, this amazing zoo is home to over 1,000 animals as well as more than 92,000 plants.

Snoqualmie Falls – easily one of them most popular attractions in the state, this falls sees over 1.5 million visitors each year. Including a two acre park, visitors can see this massive 270 foot waterfall from an observation deck. Food, gifts and lodging are also available.

Space Needle – iconic, this structure served as the symbol of the worlds fair held in Seattle in 1962. Today, its still stands as a tribute to the city and is one of the most recognizable structures in the world.

SAM – otherwise known as the Seattle Art Museum, this amazing destination includes collections of art dating back thousands of years. Including collections from around the world, you can’t miss it.

Seattle natural beauty is also something you just can’t miss. Islands, waterfront and natural areas abound and offer you the chance to explore this amazing ecosystem with tours and private excursions.

Tradewinds Vacations Club invites you to explore more of America’s greatest cities when you travel.