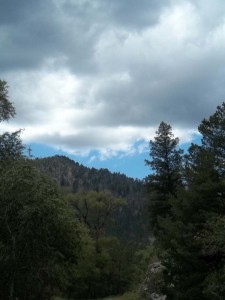 The old saying always says that everything is bigger in Texas. The largest contiguous state in the Nation, Texas is huge by any standards. In fact, it takes roughly 12 hours to drive from one side of Texas to the other. Offering diversity unmatched with almost any state in the United States including vast deserts, salt flats, mountains towering 10,000 feet above sea level, warm, humid subtropical climates along the Gulf coastal region, plains, and a history that includes people from North America, South America and Europe as well.

It is more than just size, but diversity as well that makes Big Bend National Park just as big as the state that it is in. Big Bend is located nearly 300 miles from El Paso, the nearest large city which makes this park, one of the most remote in the nation.

So large and diverse is Big Bend National Park that 3 entirely unique ecosystems can be found within its borders. Including the vast Chihuahuan Desert, the mighty Rio Grande River and the towering Chisos Mountains, the sheer number of plants, animals and birds which call this area during at least part of the year is incredible. In fact, its location and diversity makes it one of the best places in the U.S. to enjoy watching the spring bird migrations, drawing thousands of birders each and every year.

Located in Western Texas, Big Bend encompasses a huge amount of land. Understand that much of Big Bend is desert and requires that you know how to survive in harsh conditions. It is also important to note that during the heat of the summer, temperatures can swell into the triple digits. If you plan on visiting during the hot months of the year, make sure that you pack enough water as hydration is key to desert survival.

Our national parks offer incredibly diverse and unique experiences throughout. Enjoy, experience and embrace these amazing features of the United States when you travel. Both in the United States and around the globe, explore and see all this world has to offer you.

Learn more about travel with reviews on travel from Tradewinds Travel Club.